August 29 in Russia, as in other Orthodox countries, they celebrate Nut Savior, which is also called Bread Savior. The names are associated with the beginning of the collection of ripe nuts, the end of the summer harvest and the first sowing of winter crops. Traditionally on this day you need to consecrate nuts, water and fruits, as well as wheat ears and bread.

Before the Nut Savior they celebrate the Assumption of the Blessed Virgin Mary, August 28, and the end of the Assumption fast. Of course, it is not the death that is celebrated, but the ascension to heaven, the reunion with Jesus. 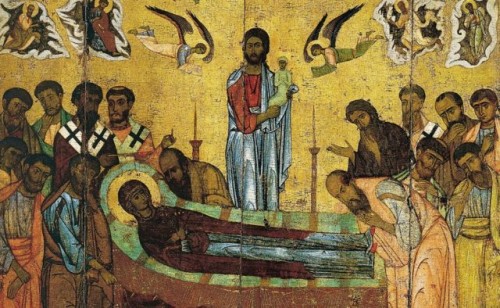 The religious name of the Nut Savior is the transfer of the canvas with the image of the Lord Jesus Christ from Edessa to Constantinople. The icon with the Jesus image on canvas can be seen in every Orthodox church. He was embroidered on army flags and on the religious banners. 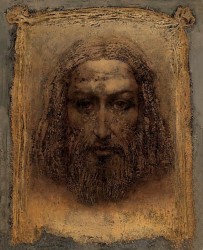 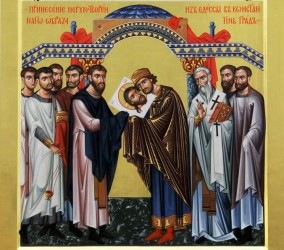 According to the Bible, King Avgar, who ruled in the Syrian city of Edessa, learned of the healing done by Christ. He was stricken with leprosy and wanted to be healed, but he could not come to Jesus. He trusted in Christ and sent his painter Ananias to depict the Son of God, hoping that the portrait would heal. Arriving in Jerusalem, Ananias could not approach to the Savior because of the huge number of people that surrounded the Lord, listening to his sermons. Then he stood on a rock and decided to paint the Image of Jesus Christ afar. But he could not, because the Divine light, coming from the Lord, blinded the artist.

The Savior himself called Ananias by name. The Lord asked for water and ubrus — canvas. After washing, he applied the ubrus to his face — and there he printed His Divine Face.

The Lord gave canvas and a letter to Avgar and also promised to send his disciple over there. Ananias brought to the king an image on canvas and a letter from the Savior and Avgar got healed. Then apostle Thaddeus came to Edessa, who baptized Abgar and all the inhabitants of Edessa. The image of the Savior was placed above the gates to the city, so that everyone who entered the city worshiped Him.

Many years later, one of Abgar's great-grandsons — an idolater wanted to take the image from the city gate. But the Bishop of Edessa had a vision of the Lord and he hid the Image, laying it in niches with a clay board and bricks. Gradually, the inhabitants forgot about the shrine, however, when in 545 the Persian king besieged Edessa, and the situation of the city was hopeless, another bishop of Edessa had the appearance of the Blessed Virgin. She ordered to get the image of the Savior from the niche to save the city. After dismantling the bricks, the bishop saw the Savior's Image of the Savior, before which the lamp burned, and on the clay tablet that covered Shrine, was the reflection of the Image of the Savior. With this relic the procession was made, and the Persian army retreated.

During the Arab occupation of the city in 944, Emperor Constantine bought this image from the Emir and with great honors transferred to Constantinople, the Church of the Blessed Virgin.

According to folk traditions, this day is also called Nut Savior or Bread Savior, because by this time nuts are being collected, summer harvests of cereals are ripen, as well as vegetables and fruits. They tried to collect as many nuts as possible, because, according to the belief, the more nuts to collect, the greater the harvest of grain for the next year.

In cities, on the Nut Spas usually they hold fairs. And from this fair you can not leave empty-handed — otherwise it will be unsuccessful the whole year, but you must buy a fabric or a product made of linen or fabric. 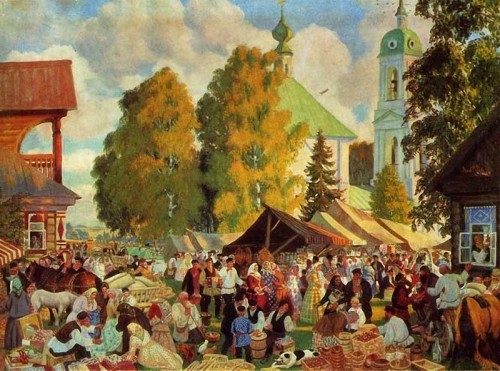 On this day the housewives prepare festive dishes necessarily with nuts, the features of which have been known for a long time. The most common dishes: baked apples, various pastries and other sweets with nuts, as well as necessarily freshly baked bread. In addition to bread, pies with mushrooms and dishes with nuts are also cooked on this day, which the relatives and friends are sure to treat.

At the festive table, you should pay homage to the hostess by trying every dish on the table. Then a whole year will be accompanied by luck and there will be no financial problems. 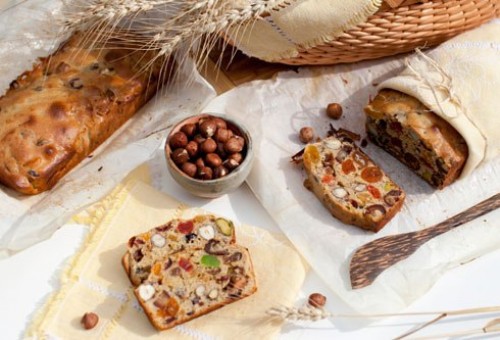 From the nutshell and the nut membranes they make a tincture, which helps with colds. A ointment based on young nuts treats joint pain. Honey, mixed with nuts, increases the male potency. 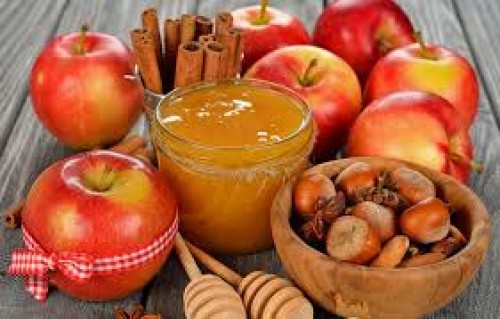 Modern nutritionists also confirm that nuts are an essential part of a healthy diet. They are an excellent source of protein and vitamin E, an antioxidant. A total of 5-6 nuts a day help clean the vessels from harmful cholesterol and strengthen the heart. Useful polyunsaturated acids — Omega-3 help to function well in blood vessels and brain, which helps to relieve stress. Any nuts, but best of all peanuts, pistachios and walnuts, contribute to a full-fledged sexual life for men. The microelements and minerals contained in nuts, for example, zinc and copper, effectively relieve spasms. Vitamin E is an essential element for women's health. Useful minerals contained in nuts contribute to healthy conception and pregnancy and protect against the development of various pathologies. However, do not abuse nuts. To not gain weight and avoid allergic reactions, you need to eat about 20 grams per day.

With the Nut Savior there are a lot of folk admirers and beliefs:

A good sign, if a nut has fallen on the head, there will be luck in business. If the first nut is found to be sweet, then the year will be good, if bitter, then there will be severe tests, and if unripe, then important news awaits a person. To find two fused nuts was considered a good luck. They need to be taken with your left hand and put in a purse to attract money.

From branches of nut trees were made amulets from envious persons and unkind thoughts, and also brooms for a bath. Believed that, having bane with such a broom, a person will be healed of diseases and will gain protection from the evil eye.

People have always carefully watched the behavior of birds on Nut. If the birds are not in a hurry with the flight — the autumn will please with warmth, the winter will start late, and in the spring it will be cool.

On this day, the girls were guessing on nuts. A ripe and sweet nut — to great love, immature — to important news, rotten — to trouble, and bitter — to problems in relationships.

On this day you can not be lazy. It is believed that if you spend 29 August without work, the whole next year a person will be pursued by money problems.

Of course, one of the most important customs of this day is visiting the church, where you can ask the saints for health for themselves and their loved ones, and consecrate food and water.

Thus, like the first two holidays — the Honey and Apple Savior, the Nut Savior has two meanings — the people's and the religious. Folk's and religious traditions of Russia do not contradict each other, but on the contrary contribute to the spiritual and physical health of society, strengthen family ties, complement and enrich each other.

When the currency is changed cart will be cleared.